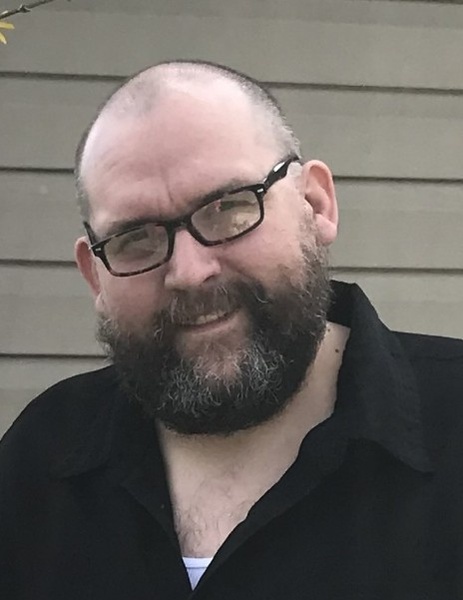 Andrew “Andy” James Clark was a devoted father, partner, brother, son, uncle and friend. He left this world suddenly on Thursday, February 25, 2021 at age 41. He was born on May 31, 1979 to delighted first time parents, Lynne Carroll and James Clark. He was the first grandchild of both Bill and Elizabeth Clark and Philip and Janet Carroll.

Andrew was a 1998 graduate of Owen J. Roberts High School and attended Thiel College and Millersville University where he studied political science. Despite his brilliant mind, Andrew preferred to work with his hands and spent some years traveling the country with a company that installed gymnasium floors. He returned to Pennsylvania where he met his partner of fourteen years, Jocelyn Fox. He also became stepfather to Jocelyn’s son, Chase Alexander Fox, age 23. They welcomed two beautiful daughters together, Brynne Elenore Clark, age 11, and Harper Lynne Clark, age 8. Above anything else in his life, Andrew was first and foremost a devoted and loving father. He shared his love of nature with his children, taking them fishing, boating, hiking, and camping. He was also known as Pop Pop to his much beloved granddaughter, Adelynn,3, daughter of Chase. Before he was a father, he was an older brother to sisters Sarah, 36 and Carolyn, 27. He was fiercely protective and took them on many trips to French Creek State Park where he introduced them to Neil Young and his greatest love, fishing. Andrew had a gifted sense of humor and a quick wit. He was known for his elaborate story telling and could find humor in any situation. Andrew’s large stature could be intimidating, but he had a big heart which earned him the nickname Gentle Giant among his many friends and family.

Andrew had been employed at Gallagher’s Tavern since 2013 where he served as a bartender. He was always willing to lend an ear and was a friend to everyone. He leaves behind a niece and nephew from his sister Sarah, many aunts and uncles, cousins, and countless friends. Even in his death, Andrew was able to help others by donating several of his organs to needy patients through the Donate Life America organization. On all the important days of our lives- and the regular ones, too- Andrew will be on our minds and in our hearts.

A Memorial Service will be held at a later date.

To order memorial trees or send flowers to the family in memory of Andrew Clark, please visit our flower store.