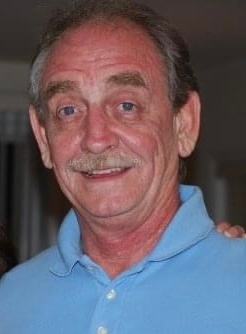 Born on August 2, 1949 in the Fishtown neighborhood of Philadelphia, he was a son of the late Andrew & Micheline (Dubria) Wasnick.

Al was employed as a truck driver and yard operator for many years. Outside of work, he enjoyed trips to the shore, especially Cape May. He loved music and singing and had a collection of transistor radios. He also enjoyed watching the Phillies and Eagles or listening to games on 94.1 WIP.

He attended the Mummer’s parade in his earlier years. He also had an affinity for numbers, excelling at math and possessing a great memory. He was an avid online poker player and could also often be found with a Stella Artois in hand.

He will be remembered for his caring nature toward others and as the “life of the party.” Also for the jokes that he told, no matter how long it took to tell them.

Surviving Al, in addition to his wife Marie, are his children:

His grandchildren, Dillon, Abbie, Lexie, and Jonathon Wasnick; Sean and Aaliyah Adams; Joey and Nicole Fidyk; his great grandchildren, Sarynn and Sabrea; and his siblings, Andrew Wasnick and wife Janice; and Helene Simpson and husband Ralph.

He was preceded in death by his brother, Francis Wasnick.

Relatives and friends are invited to attend his funeral service in the Devlin Rosmos Kepp and Gatcha Funeral Home, 517 S. Main Street, Phoenixville, PA on Friday, December 17, 2021 at 3:00 p.m.

Burial will be held privately for the family.

In lieu of flowers, contributions in memory of Al may be made to Angels in Motion at https://aimangelsinmotion.org/

To order memorial trees or send flowers to the family in memory of Allen Wasnick, please visit our flower store.