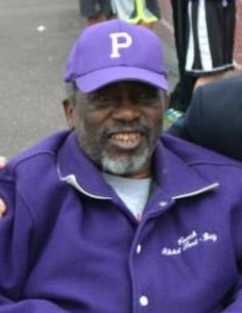 Born in Phoenixville, PA on October 3, 1947 he was the son of the late James D. and Julia (Travis-Bey) Ford-Bey.

He graduated from Phoenixville Area High School and served in the Army during the Vietnam War. He was a member of Sid-Jul Mosque.

Abdul was active in the Phoenixville Marion Youth Club football, field hockey and basketball as well as Phoenixville Youth Babe Ruth League baseball and softball for many years.

He was a coach, basketball official, public address announcer and scorekeeper during his many years of involvement with Phoenixville athletics. He also assisted regularly on the chain crew during football games.

Abdul was regularly seen at all Phoenixville sporting events, even when he was not officially working. He was also a faithful spectator for the Phantom teams.

He has witnessed the growth of thousands of athletes in Phoenixville as they matured into young men and women. They started in the youth leagues and then developed at the higher levels in middle school and senior high school with the Phantoms.

He was there for all of them as the children had their initial experiences learning the lessons about playing some team sports. He became close to many of them through their parents and other family members.

He is survived by 2 brothers and 2 sisters:

He was preceded in death by brothers and sisters:

Relatives and friends are invited to attend his Funeral Service from the Devlin Rosmos Kepp and Gatcha Funeral Home, 517 S. Main Street, Phoenixville, PA on Friday, July 27, 2018 at 12:00 noon precisely.

Condolences may be given at www.GatchaFuneral.com.

To order memorial trees or send flowers to the family in memory of Abdul Ford-Bey, please visit our flower store.