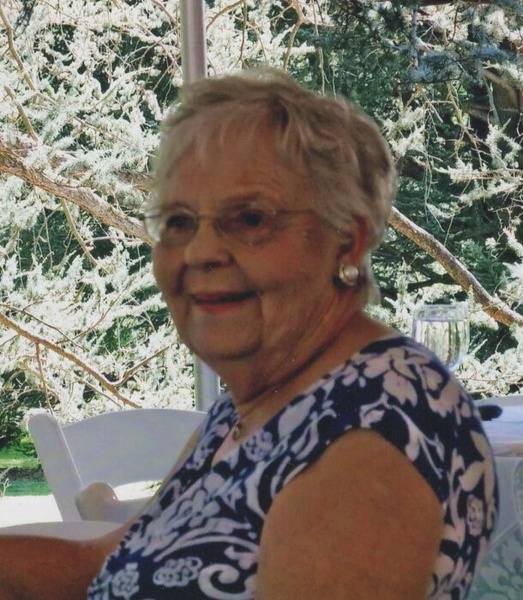 Marie Theresa Pulaski Ashton died on October 6, 2021 at the age of 94. She was born in Phoenixville in 1927 to Victoria Sophie Pulaski (née Kniatt) and Walter Edward Pulaski. She was preceded in death by her parents, her second husband, Julius Thomas Ashton, and a brother, Edward Joseph Pulaski. She is survived by her first husband, Ray Adkins Farmer of Tulsa, Oklahoma and a brother, Eugene Anthony Pulaski of Houston, Texas. She is survived by her six children and their partners, nine grandchildren, and four great-grandchildren.

Marie completed elementary school at Holy Trinity Catholic School and then enrolled in Phoenixville High School. Because of World War II, during Marie’s senior year classes were held only on half-days. After graduating from high school, Marie completed a two-year program at Peirce Business College in Philadelphia. Later in life she fulfilled her dream of obtaining a college education, graduating from Immaculata University in 2000 with a Bachelor of Arts degree.

Marie worked her entire adult life, including as a legal secretary in Tulsa, Oklahoma, a medical secretary at the Valley Forge Army Hospital, in the personnel department at St. Gabriel’s Hall in Audubon, and a parish secretary at St. Mary’s Catholic Church in Phoenixville.

Marie was an active member of her local community. Volunteering was a key part of her life. For over 20 years she served as a volunteer art teacher in the Phoenixville area school district as a member of the “Art Goes to School” program. She volunteered at the St. Mary’s Franciscan Homeless Shelter in Phoenixville for 20 years, serving until 2015. As a member of Holy Trinity’s Legion of Mary, she served for many years as the organist for Sunday Mass at the Johnson Home in Royersford (now Park House Nursing & Rehabilitation Center). For 12 years after that she attended Sunday Mass at the Southeastern Veterans’ Center in Spring City, helping mobility-impaired residents to get to the chapel and participate in Mass. In the early 2000’s she taught CCD classes at St. Mary’s Church. Marie was an active member in the Phoenixville Area Time Bank. Marie also was an international volunteer. In 1991, shortly after the fall of Communism in Poland, Marie signed on with Global Volunteers and spent a month in Siedlce, a town about 60 miles east of Warsaw, teaching English to Polish miners.

Marie devoted herself to the study and practice of watercolor painting and submitted some of her work to local art exhibitions. She learned to swim as an adult and became an avid swimmer, participating in competitions for senior Olympics and in a 100-mile relay swim with her grandson, Michael David Viscuso. She learned to ride a bicycle in mid-adulthood and then went on long biking trips in the US and Europe. She loved travel, and with her husband Julius went on tours in Italy, Egypt, and the Holy Land.

Throughout her life Marie was a devout Catholic whose constant prayer was for family harmony. She never lost her zest for life or her interest in a wide range of issues. Marie lived a frugal life. She gave generously of her resources to community and charitable organizations.

Family and friends may call at Holy Trinity Catholic Church, 219 Dayton Street, Phoenixville, PA on Tuesday, October 12, 2021 from 8:45 to 9:45 am.  A Funeral Mass will be celebrated at 10:00 am with Rev. Charles O'Hara officiatng.  Burial will follow in Holy Trinity Cemetery.

In lieu of flowers, family and friends are invited to give a donation in Marie’s memory to Casa Juan Diego, the Catholic Worker House in Houston, Texas at cjd@org or P.O. Box 70113, Houston TX 77270, or to St. Joseph’s Catholic Church, 3640 Schuylkill Road, Spring City PA 19475.

To order memorial trees or send flowers to the family in memory of Marie Ashton, please visit our flower store.