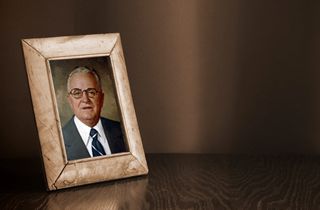 James F. Devlin was born in Phoenixville in 1900 and graduated from Eckels Mortuary School in Philadephia, PA.

In January of 1928, he founded the Devlin Funeral Home on Phoenixville North Side at 304 Franklin Avenue, where his reputation of being a generous, likeable person quickly grew. His motto was "No deserving poor refused". In 1954 as the business grew, he purchased the property at 517 S. Main St (an 1891 Period Revival home). There he worked and lived with his wife , Marian, and daughter, Ann Louise.

In 1955, Ann Louise Devlin married J. Richard Rosmos who eagerly worked beside his new wife and father-in-law and received his funeral directors license in 1961. It was then
that the name was changed to Devlin-Rosmos Funeral Home in 1962.

For the next several years, the family served the community in many capacities and a wide array of volunteer organizations. It was also during these years, that Richard oversaw the much needed additions and renovations of the funeral home, the most recent having been completed in 1996. Mr. Devlin served the Phoenixville area for 57 years until his death in 1985.  His wife died in 1988 followed by their daughter Ann Louise (Devlin) Rosmos in 1990.  Mr. Rosmos died in 2020. 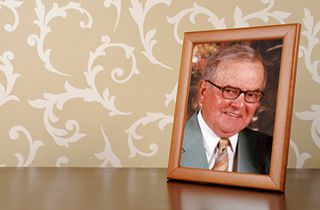 In 1989, the Kepp Funeral Home merged with Devlin-Romsos Funeral Home. J. William Kepp was a graduate of Phoenixville High School, served in the U.S.  Navy during World War II and opened his funeral home at 416 S. Main Street in 1949. Bill died in 2007 after 62 years of service in our community. In 1991, George Michael started working at Devlin, Rosmos, Kepp & Gatcha under the watchful eyes of Richard Rosmos and Bill Kepp.

Today, the staff of Devlin, Rosmos, Kepp & Gatcha Funeral Home & Cremation Services, Inc. is proud to continue the tradition of assisting families with the same respect, dignity and trust it has since 1928.